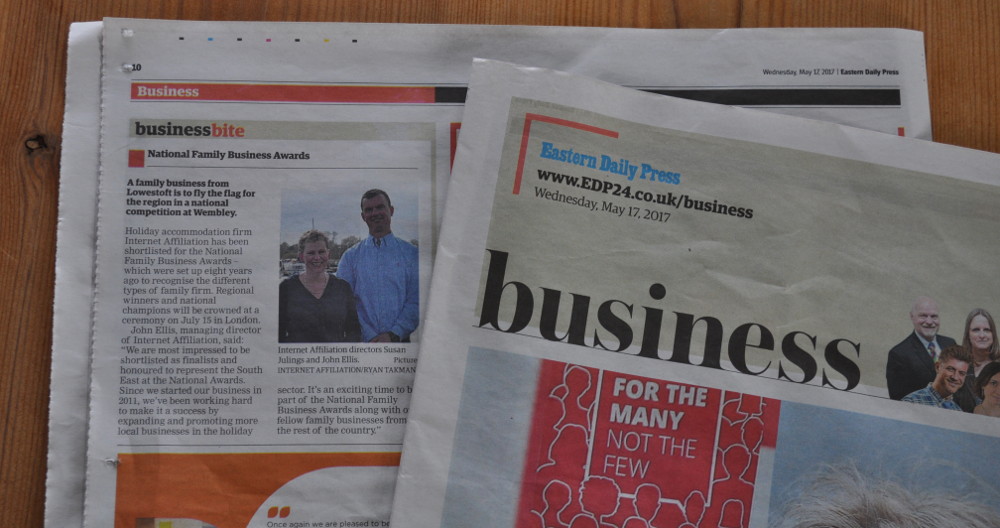 We're in the Eastern Daily Press!

The Eastern Daily Press (or EDP as it is more commonly known as around these parts) is the local paper covering all that is going down in Norfolk and Suffolk, With Wednesday's paper being a particular favourite, as it contains the business supplement in which we were featured.

The National Family Business Awards, which secured us the mention in the paper have been running for eight years and were setup to recognise the different family businesses out there.

We're finalists for the 2017 National Family Business Award. Who knows what will happen, being a finalist is exciting enough!

We have to mention this cottage - North End Farm House near Bridport in Dorset is a thatched holiday cottage sleeping 14 people. A splendid way to spend a few days.