We've been running Internet Affiliation Ltd a good few years now - in fact long enough to watch our children grow up and become active employees in the family company. The children only work part-time, as they've got other goals in life, and working for us isn't one of them! However, at this time there are four family members working to keep things going.

The reason I'm harping on about being a family business is because we've been selected as a finalist for a National Family Business Award. There are thousands of small businesses out there, and it's nice to be part of this dedicated band of business doing their bit to keep the UK economy going!

We're based on the coast in glorious Suffolk, a place we feel very privileged to live and work. Our Suffolk location means that we've been nominated in the "South East" area for "Family Business of the Year". The awards are held in July, so let's keep our fingers crossed and see what happens.

"The National Family Business Awards, organised and hosted by Family Business Place, were previously known as the Red Ribbon Awards. But in 2017 they have been rebranded to reflect their growing reputation for discovering and recognising the most outstanding family businesses throughout all four corners of the UK.

From cider makers in Cardiff and bespoke tailors in London, to manufacturers in Glasgow and food producers in Birmingham. The country is rich and varied in enterprising families leading and growing some of Britain'' most successful independent companies.

The National Family Business Awards were founded in 2009 by Anita Brightley-Hodges who herself heads up a family business, working alongside her husband, two daughters and her son-in-law as well as an exceptional team. Anita realised the UK was very poor in recognising the incredible contribution that family-owned companies make to Britain's economy. Not only do they generate billions in taxes and employ over 9 million people, they are also some of the most innovative and exciting business around. What's more, they are businesses of integrity and family values with a long term view for generations to come".

You can read more at The National Family Business Awards (about us). 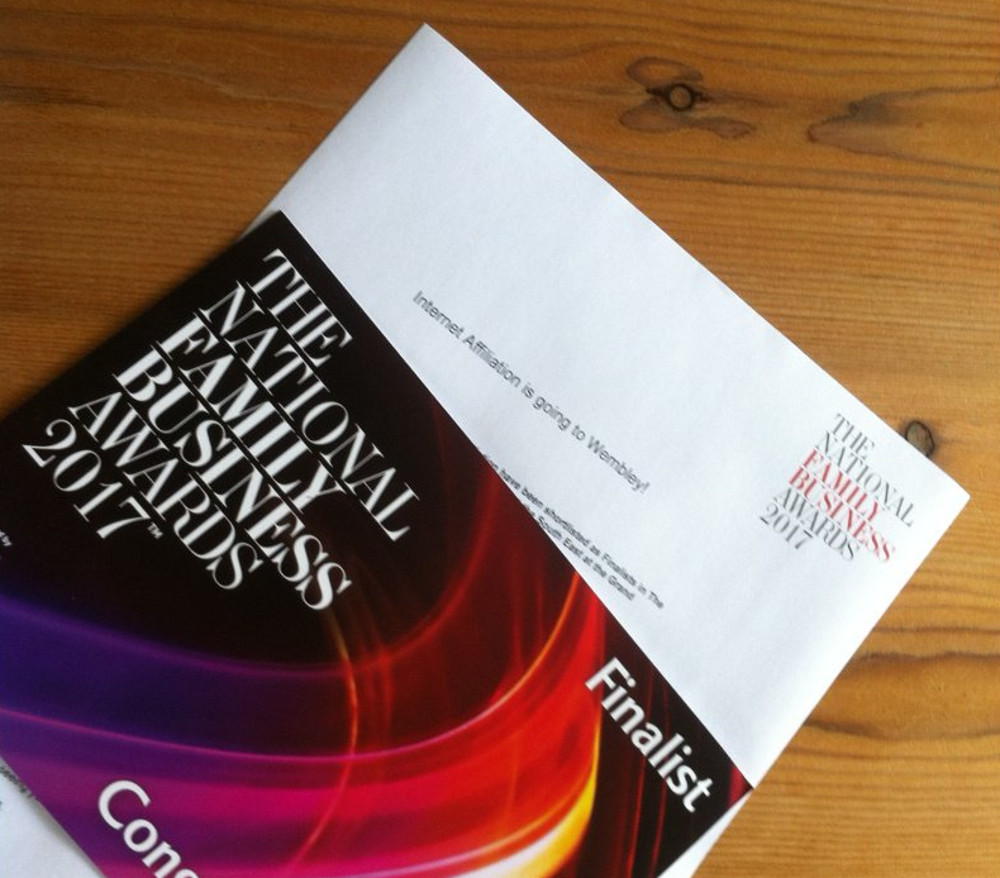 It's always nice when we're in the paper, so I'm pleased to announce that Internet Affiliation Ltd has been in the Eastern Daily Press.

We have to mention this cottage - North End Farm House near Bridport in Dorset is a thatched holiday cottage sleeping 14 people. A splendid way to spend a few days.